In the last Open Le Touquet (French tournament) my 9 year old son surprised us all by winning first prize in the category 1400-1599 elo. I knew that he made progress but I didn't expect a +1700 TPR otherwise I would've not subscribed for the Open Leuven. I had decided in advance to skip the prize-givings of Open Le Touquet to play the 3rd round of Open Leuven in the evening. Obviously my son wasn't happy to miss his moment of glory but fortunately he forgave me quickly when I was able to pass him his 100 euro prize the next day via the help of some Belgian chess-friends.

I heard next year the tournaments won't overlap. This brings us back to how it was last year and I assume many Belgian chess-players will like that. It allows to close the tournament of Le Touquet calmly and still enjoy a bit holidays at the site. Last year we decided to spend the remaining time by visiting the setting of the extremely popular french movie: Bienvenue chez les Ch'tis. 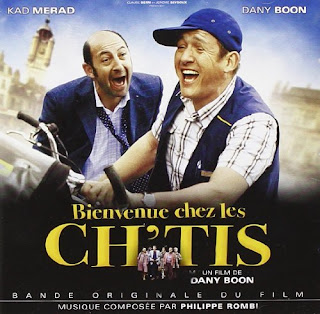 The super funny movie from 2008 is probably not so known in Flanders but in France more than 20 million people bought a ticket which made it the most watched ever movie in France. The story is about a post-office-director whom misbehaved himself and was relocated from the warm south to the cold north naturally creating some hilarious situations.

While searching this location in the North we made a mistake by first driving to Berck instead of Bergues or also Sint-Winoksbergen called. Our children were not amused by the lost time but I don't mind so much when having holidays. Eventually we reached the correct Bergues and there we found even 9 years after the release of the movie still plenty of information about the locations in the film used via the office de tourice with even a real Ch'ti-tour. The village clearly profited the previous years from the many tourists which were the result of the movie see article in the nieuwsblad.

This combination of playing a chess-tournament and visiting the settings of a nice movie, was a pleasant experience so this year we made plans to play the Open St Antonin. St.Antonin was used as location of the feel-good film The Hundred Foot Journey from 2014 with the British star-actress Helen Mirren and produced by a.o. the top-producer Steven Spielberg. 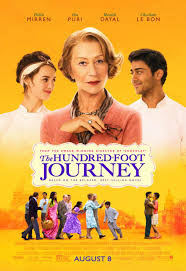 The film describes 2 competing restaurants which after many conflicts eventually start to join forces. However I have to warn the visitors of the movie-locations as you can't find the restaurants in St Antonin as they were fully built in the film-studio. Still there remain places in St-Antonin worth a visit which popped up in the movie like the very beautiful historical center. Also for this village the movie created a boost of tourism which you can read in this article: Visit the village from the film the hundred-foot journey.


My wife ordered the dvd online so we could watch it together but the trip itself to St Antonin didn't happen. We started very late checking the details but especially the distance (almost 1000km) combined with the late end-date of the tournament (30 August so only a couple of days before the beginning of a new school-year) made it a difficult. Next year the tournament probably will still exist so we decided not to rush.


Anyway it is not because we didn't visit St Antonin that we haven't combined chess with a setting of a movie this summer. Bruges doesn't need a movie to attract visitors but it is perfectly possible to connect  the open brugse meesters with visiting several locations used in the criminal - comedy In Bruges from 2008 with a.o. the famous Irish actor Colin Farrell. 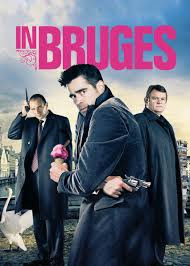 We visit Bruges regularly as it is for my wife her favorite town in Belgium. Nonetheless she doesn't like very much the movie as she finds the story too dark. So she puts Bienvenue chez les Ch'tis as first, the Hundred-foot journey next and as last In Bruges. I have the same number 1 but I rather prefer to switch In Bruges with the Hundred-foot journey. I find the feel-good film too fluffy.

The combination of playing chess-tournaments and visiting film-settings is probably very few would think of. The link film and chess is normally something we only make when we see a film-fragment about chess. Besides about that combination there exists an excellent blog from the Belgian expert Nikolaas Verhulst see belgianchesshistory. On that blog he discuss many movies with chess but also other media which use chess like cartoons, music-clips, strips, paintings, drawings, non-chess books, commercials, non-chess magazines, non-chess computergames,... Nikolaas complains about the low number of visitors see cipc 47 Bennett cat and window. That is sad to hear as his blog is very well written and it is hard to maintain this when you don't see any appreciation. Personally I find it a bit weird why Nikolaas doesn't split this rich content from his Belgianchesshistory-website as it has nothing to do with Belgium and its history. I hope this small paragraph can give a boost to his blog.


P.s. As a dessert I also want to share the very funny cartoon of Masha and the Bear. They speak Russian but even without knowing the language the humor can be understood. It is very well done (chess is part of the Russian DNA): Masha learns chess from Bear and Tiger. Translations of the cartoon exist in other languages (e.g. Dutch) but often not free available.
Posted by Brabo at 11:44 No comments:

It is not yet cooling down outside so there still remains some time to prepare the garden for the winter. Beside the yearly cutting of branches, I should also not forget this time to fertilize the grass. The recovery of my green after the months of drought has been accompanied with an explosive growth of moss. From the outside it looks all again healthy but if you look closer then you notice that the empty spots have been filled by undesirable moss.

Last summer was very tough for nature. Many plants and trees suffered heavily and some even didn't survive. On the other hand it struck me that some insects prospered from these extreme weather conditions. For instance there were much more wasps than usual as this article testifies: "Twice as much people beaten by a wasp." The insects were a real plaque as you met them everywhere. Chess-tournaments were no exception as after the last round of the Brugse Meesters my son Hugo was also sting by a wasp when playing outside with other kids. Fortunately there was no allergic reaction so the discomfort was rather limited.

Besides also during the games the bugs were very much present. Just next to the playing-hall there was a nest of wasps and despite several complaints the organization didn't manage to solve this problem. I therefore advised my son not to bring anything sweet to the games. So he chose water instead of cola to drink. Anyway during his games he didn't get too much annoyed by the wasps as he was quite far playing from the nest. Less lucky were the players on the top-boards as they were playing nearby. Eventually a wasp caused a loss of a full point to my strongest student Sterre Dauw. Sterre has a panic fear for wasps so naturally things went wrong in round 3 when one of them started to harass him during the game. In the end he played some random moves and spoiled a certain win.

Anyway he is not the first one and won't be the last one being fascinated about those little species. Some time ago I discovered that an American programmer John Stanback has called his engine Wasp. You can download it for free on his site and it plays pretty strongly: 34th place in the current ranking of CCRL40/40 and a +3000 rating so more than likely stronger than any other human. A good game of that engine can be replayed below. 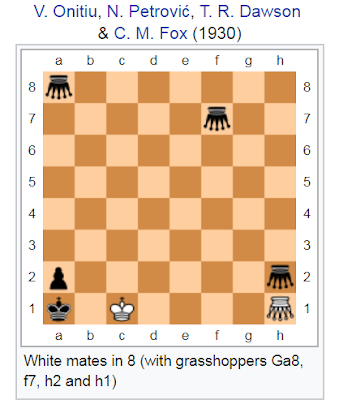 Not every article should be serious. The winter is ahead of us so those dangerous but also useful wasps will be again not annoy us for the next 6 months.